Albie’s first checkup at Wellington Hospital last Thursday went super well. As he is striding ahead now, they reduced the amount of medication he is on. I should have taken a ‘before’ photo but his breakfast supplements now look like this: 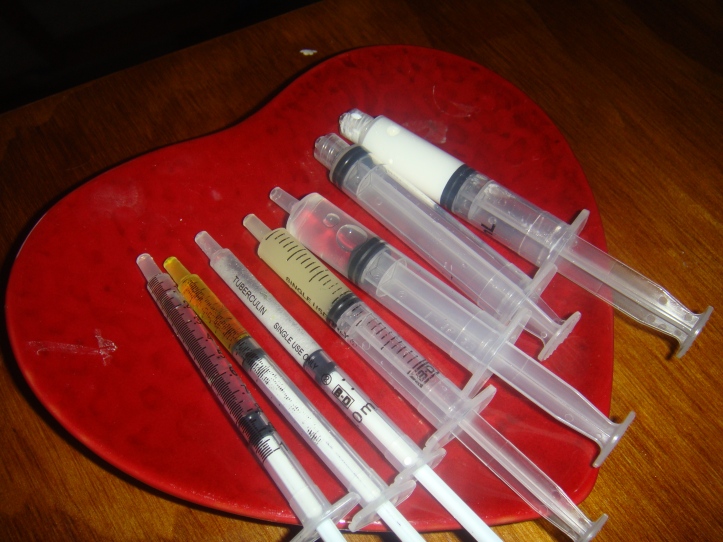 He is doing so well on the weight front now, that he will now only get weighed weekly, instead of twice a week.This is excellent for my frayed nerves. I swear my esteem rides on those scales, and for once in my life I am wishing them up and up! And his cheeks are getting chubbier and chubbier: 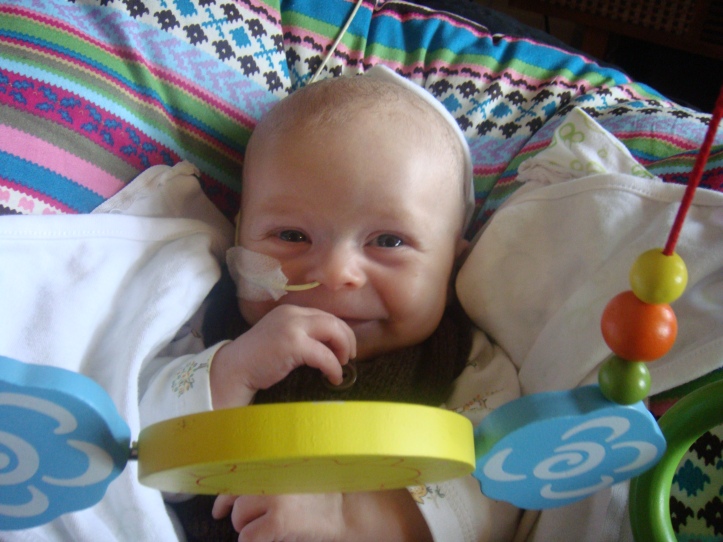 They also said that he doesn’t have to be woken every three hours for a feed anymore. Yuuuuus! So no longer do we have to rouse our sleepy babe through the night. It was nigh on impossible anyway – once this guy is under he is under. Instead, we are allowed to let him sleep till he wakes which is awesome. Finally, some decent sleep for us all.

So yeah. High fives all round. We won’t be back to the hospital for a couple of months and then that will just be to check that his shunt is shunting. Sweetbix.