We went to a corner of Northwest Wales for six nights over New Years. We booked a cottage from a lovely lady called Fran by using airbnb. Is it just me or does this place look like it is straight out of the pages of New Zealand? 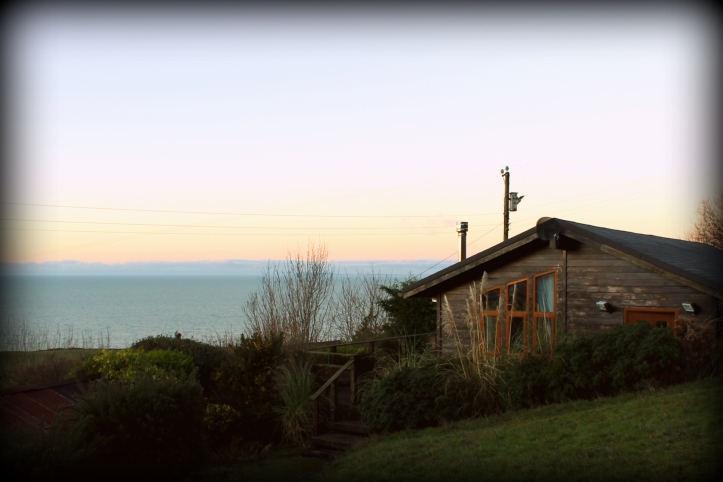 It was a great spot, super cosy with a wood burner and had brilliant views over the bay.

(As a small aside, Fran’s Dad built the house himself as the family’s holiday house. A gem of a place. Anyway, Fran’s Dad had a childhood sweetheart who was a New Zealander. He went out to New Zealand to see her again, and when we booked this place, he had just returned to the UK,  victorious, having snagged his sweetheart some 50 years later. Sweet? Very.)

Anyway, Nefyn is on the Llyn Peninsula, and boy oh boy was it good to be by the sea again. I miss it a lot. I may not be the only one. 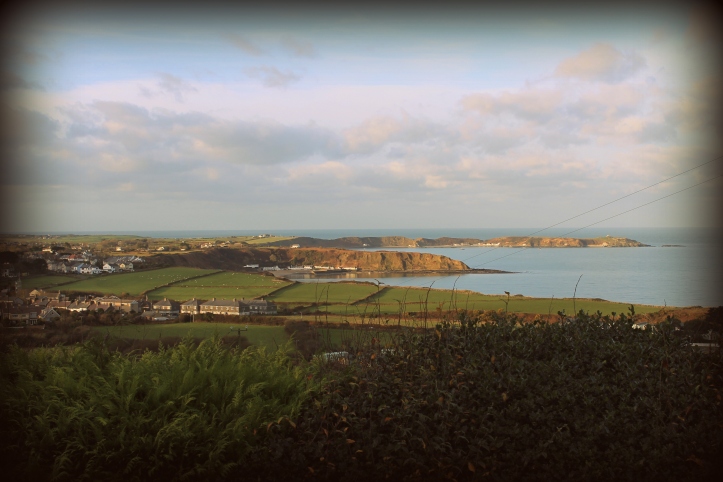 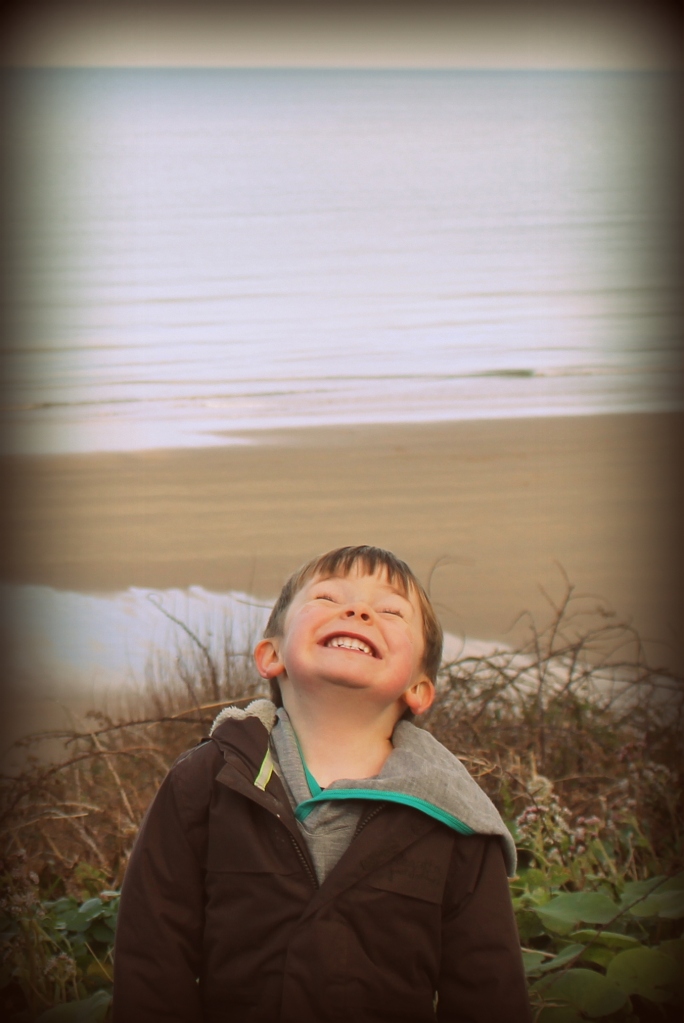 Nefyn also happens to be near the four UNESCO world heritage sites in Wales – the castles of Conwy, Caernarfon, Beaumaris and Harlech. So, we did some serious castle touring. On the way down from Lancashire to Nefyn, we stopped for lunch and checked out Conwy castle and harbour. 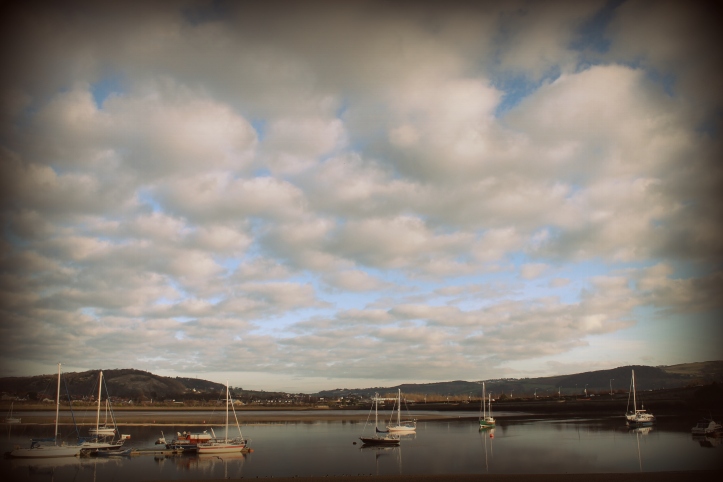 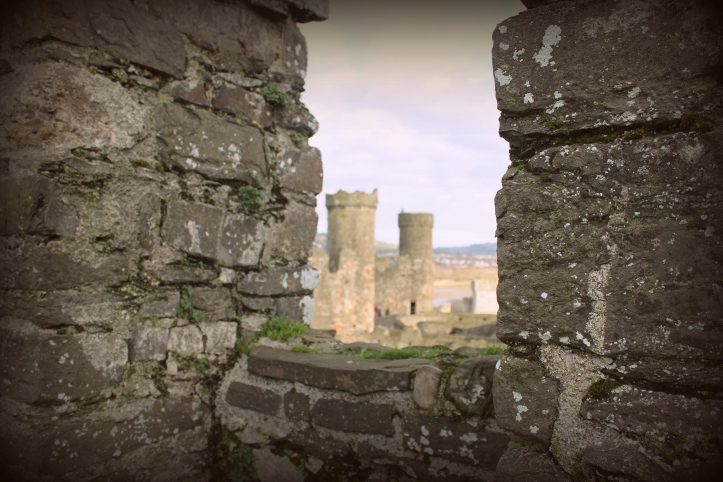 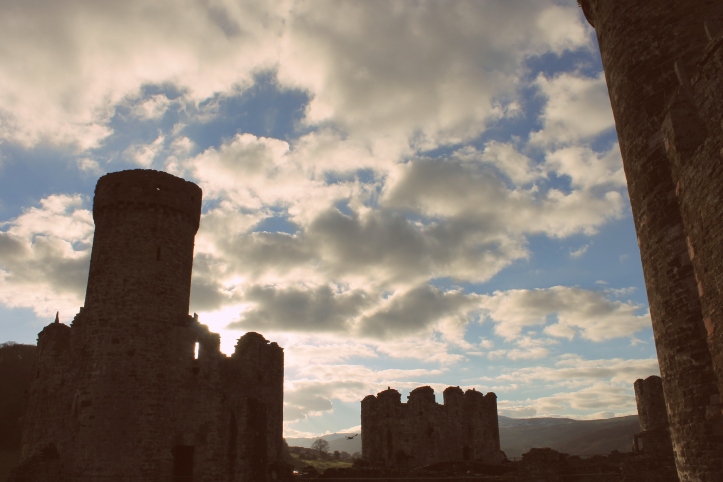 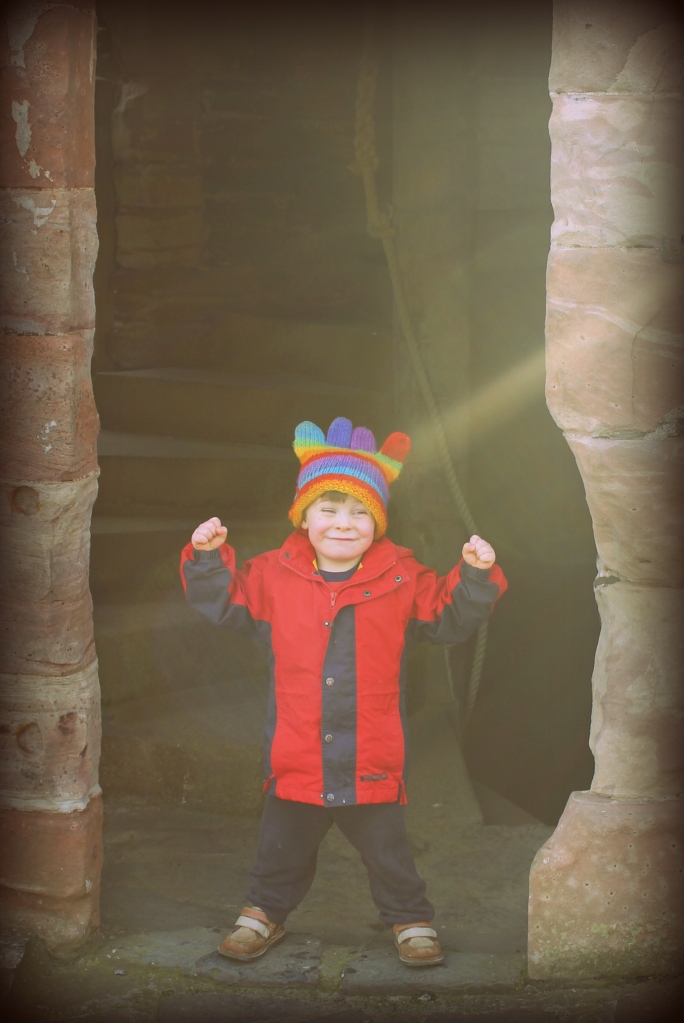 You can see that Albie has been doing some really good work on his smiling-for-the-camera face. He’s the cutest wee castle companion, and loves exploring all the nooks and crannies, searching for either monsters or baddies.

We took a day trip south another day to Harlech Castle. Harlech Castle looked as though it has literally grown out of the rock below it. 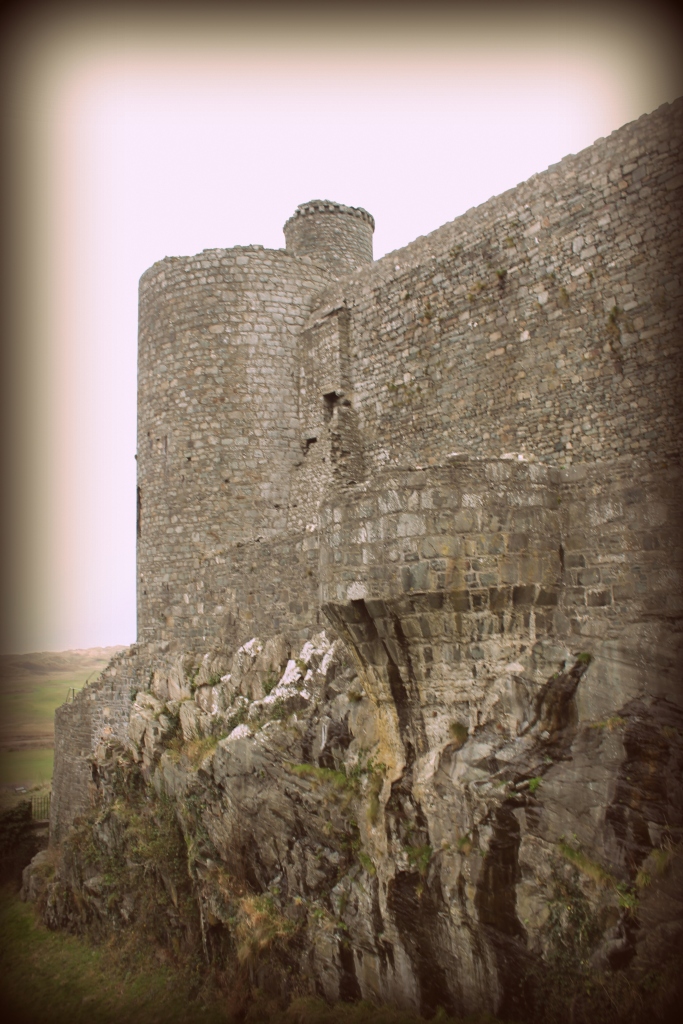 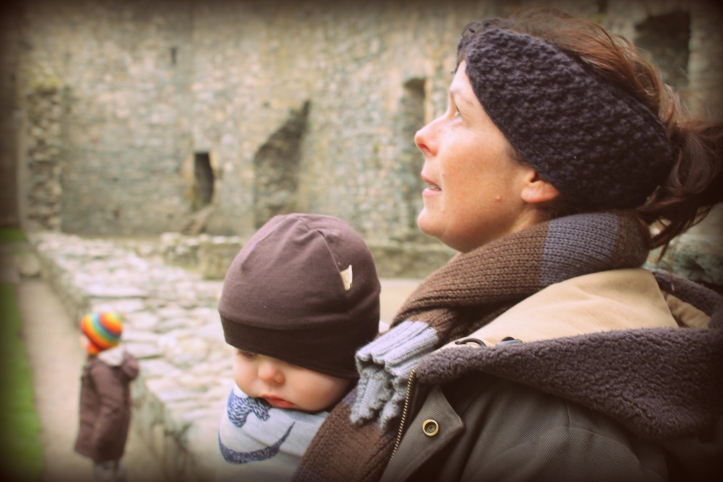 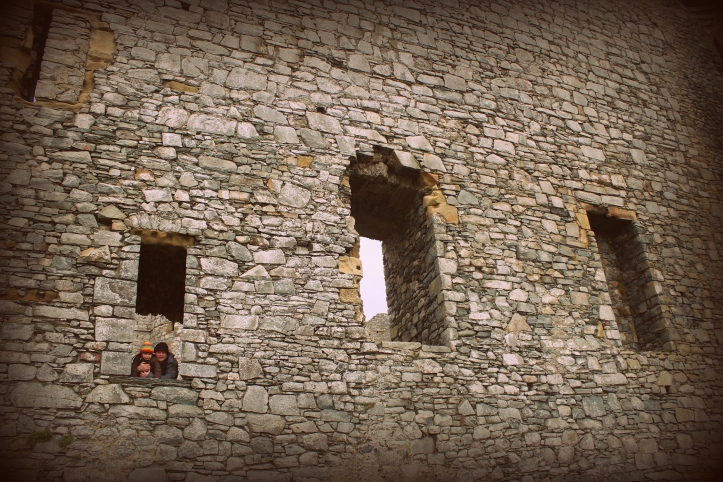 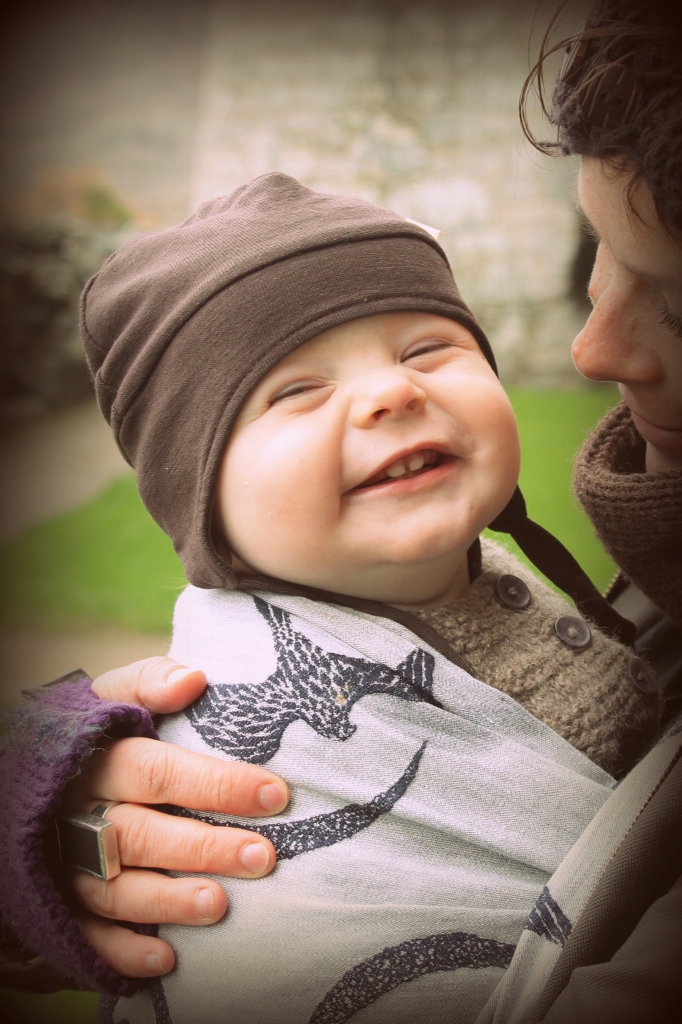 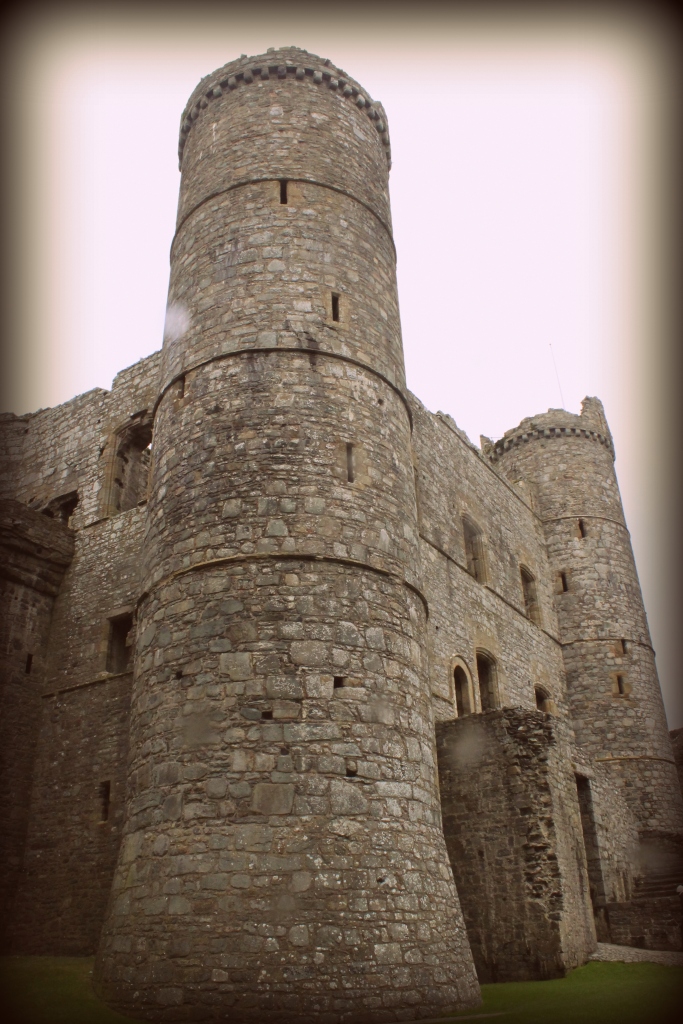 And then we did DoubleDoseTuesday and banged out Caernarfon and Beaumaris in the same day. That was a whopper. 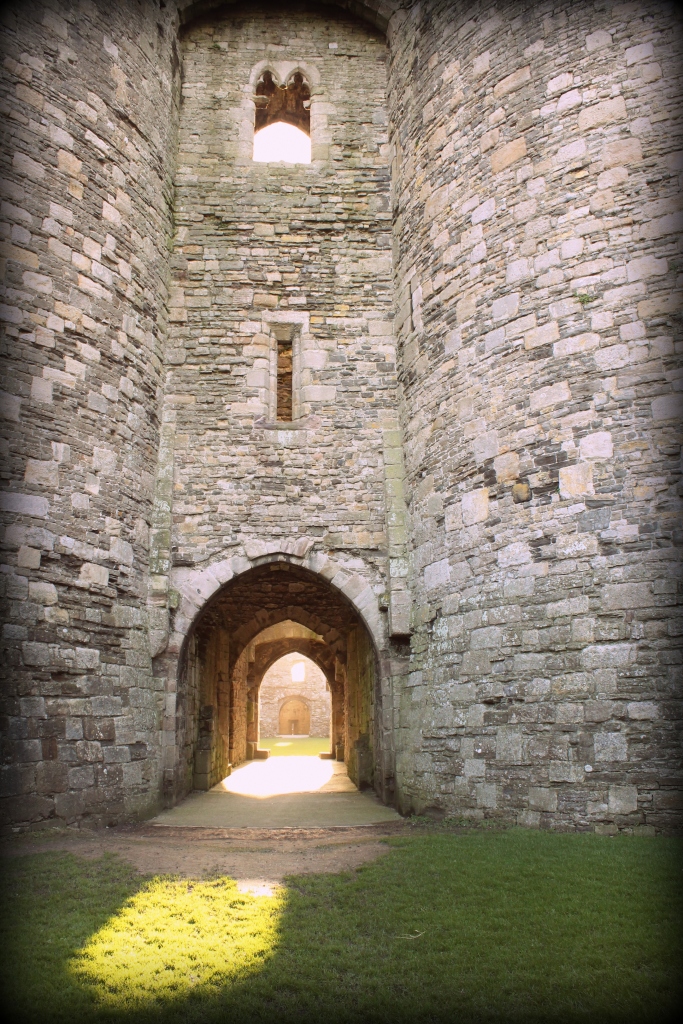 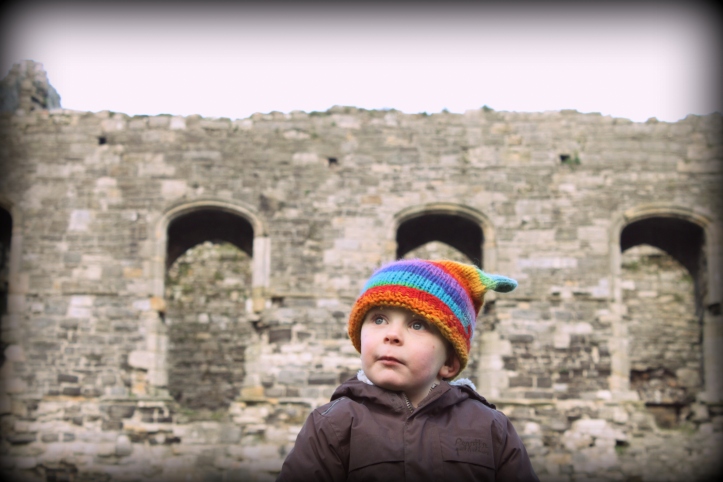 Beaumaris is a very historic village, with some of the oldest houses standing in Britain. It is gorgeous and I should have taken more photos but it was really baltic when we were there and I was fearing for my very cold fingers.

Caernarfon Castle, is this hulking great beast of a castle set, rather awkwardly these days, amidst a pay and display carpark. 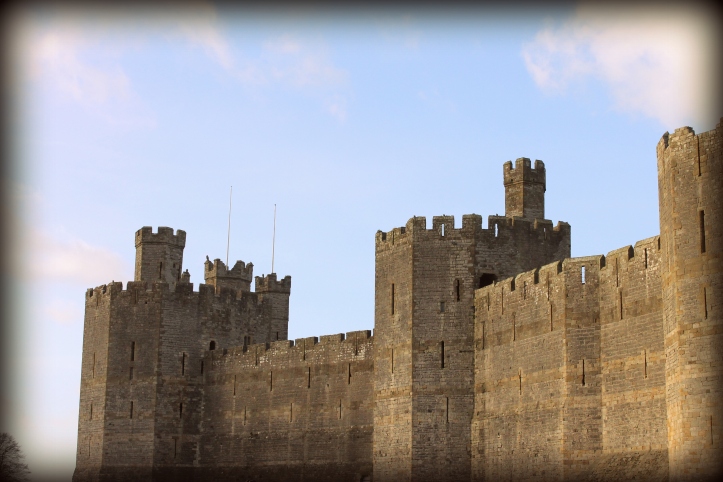 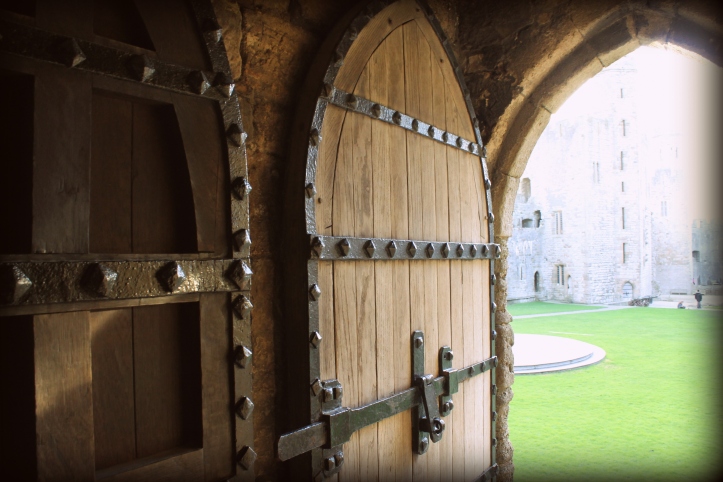 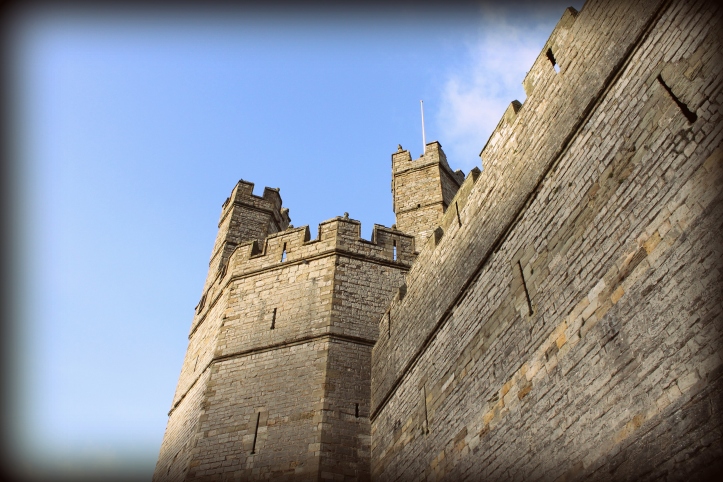 I’m an absolute beginner when it comes to British history and so read as many handy information plaques as my roving eyes could handle. All of these castles were used by Charles I and then subsequent rulers to help rule over the Welsh territory and protect the English ‘conquest’. So, as impressive as they are today, when you think about it, they are just great edifices of a nasty history of colonisation and oppression. Which makes the sound of lilting Welsh, spoken wherever we went, all the more impressive. I want to learn more about why Welsh is so widely spoken today, after such a long history of colonisation, and why Irish and Scottish Gaelic have had a much more considerable demise.

When we visited it was clear that tourism is an integral part of each of these villages now. Some 800 years later, these piles of stones support the very people they used to rule over. I like how time can transform the meanings of things, their purpose.I want to sedgway  here and say that this is what is happening to our little whaanau at the moment – that this time here in this place, it is defining our edges, making us clearer about who and what we are about. 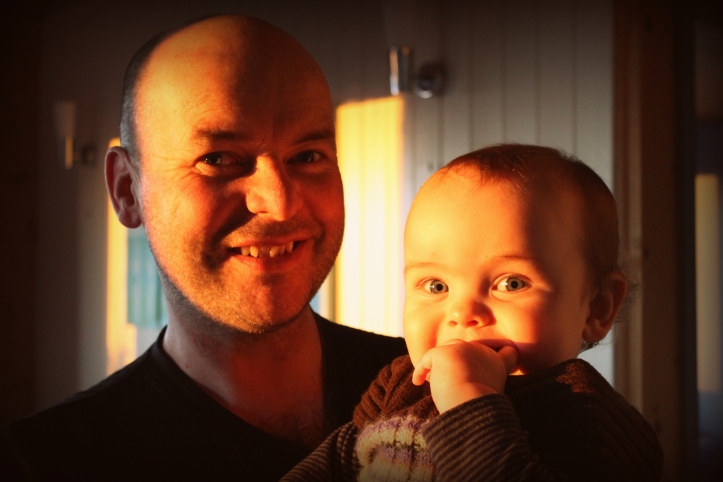 But it is late and my brain is on the go slow, so instead, here are some more holiday snaps.

Here is a photo of Albie “turning his ears on.” They sometimes, mysteriously, turn themselves off, but a quick switcharoo, and they are back in business again.:) 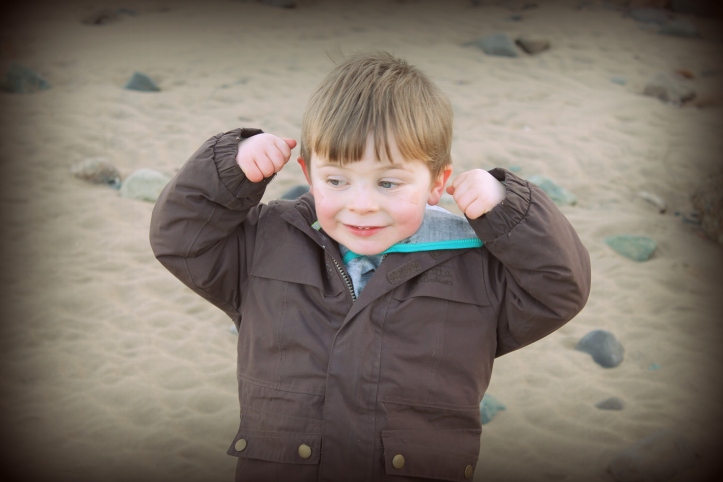 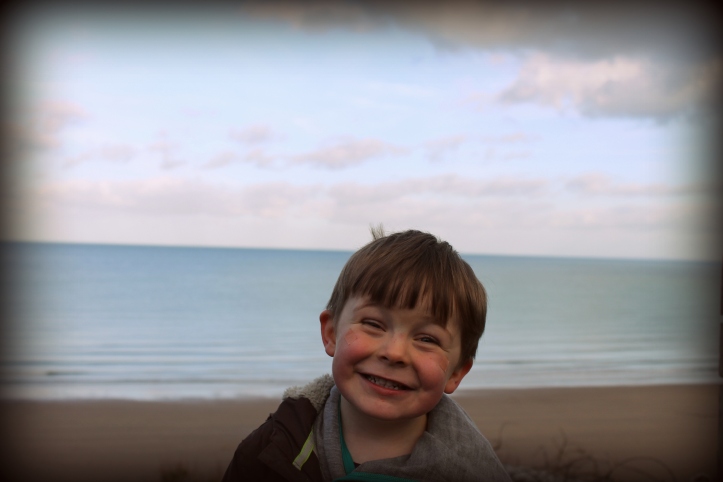 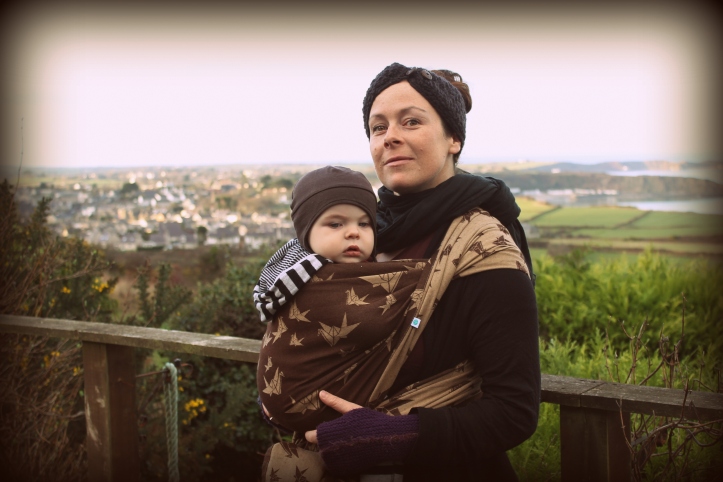 We stopped at Jodrell Bank, the 3rd largest telescope in the world on the way home.  You know – as you do.

It was built in the fifties and helped the Russians with their space exploration. It has been used constantly since looking for things I don’t understand in places I can’t fathom.

Humans eh?. For all the mess we make, boy are we clever. 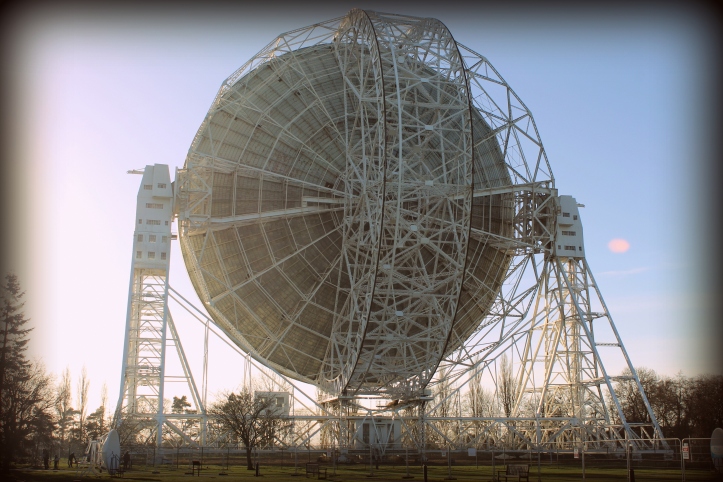 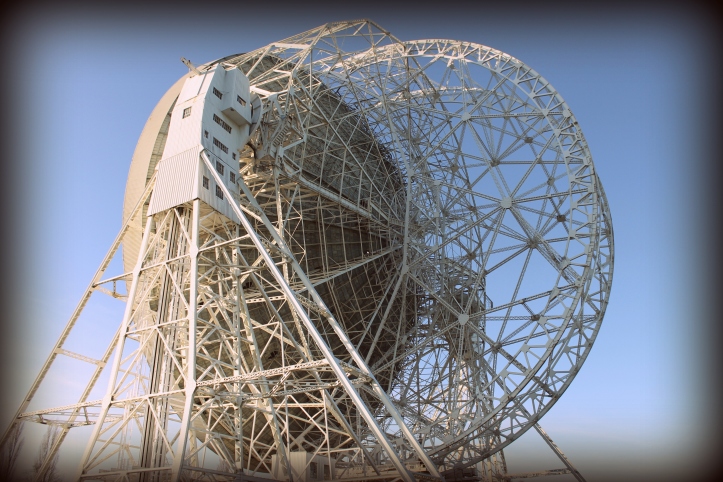 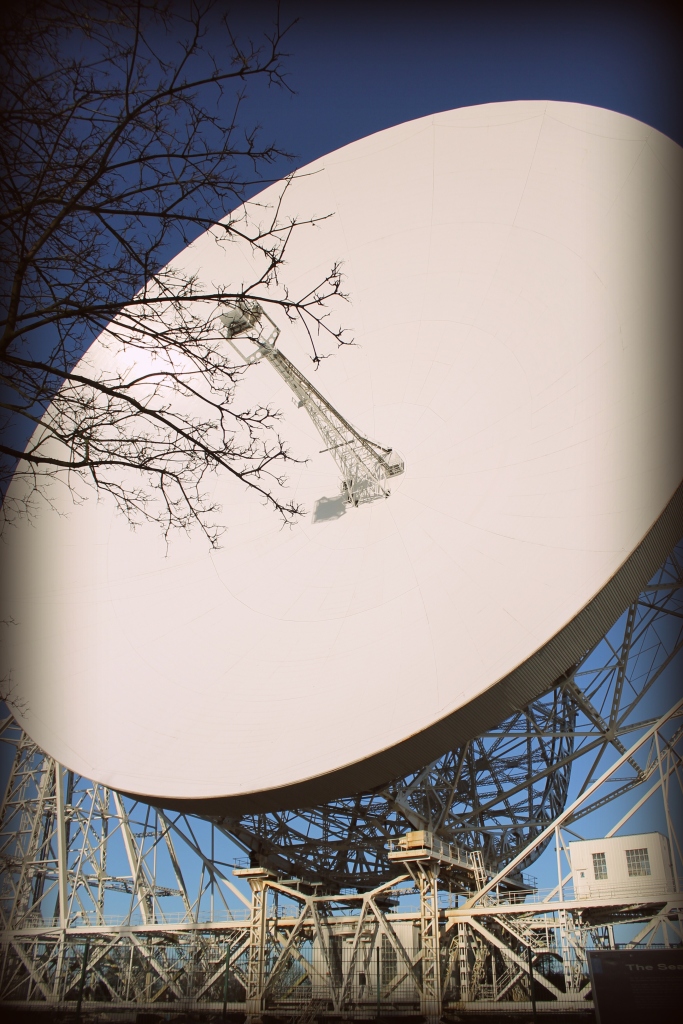